The video is a track called "Cobra Rings Twice" from our debut album, it was recorded in Steve Hunt's studio last year.

It was a great experience being part of this unique solo album by bass player Roberto Badoglio, feat. Marko Djordjevic on drums. Marko lives in New York and visits Europe regularly. Besides working with him in the studio we have done a couple of tours over the years.

Saxophonist Seamus Blake is featured on a couple of tracks as well!

Beyond Turbines -  first video live in the studio!

We recorded a couple of videos in Steve Hunt's studio "The Kitchen" earlier this year. The first one is ready now, featuring again Roberto Badoglio, Bjössi Klütsch, Steve Hunt and Virgil Donati

Beyond Turbines debut record is finally out! 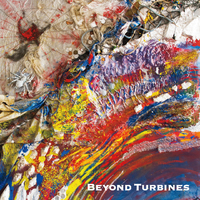